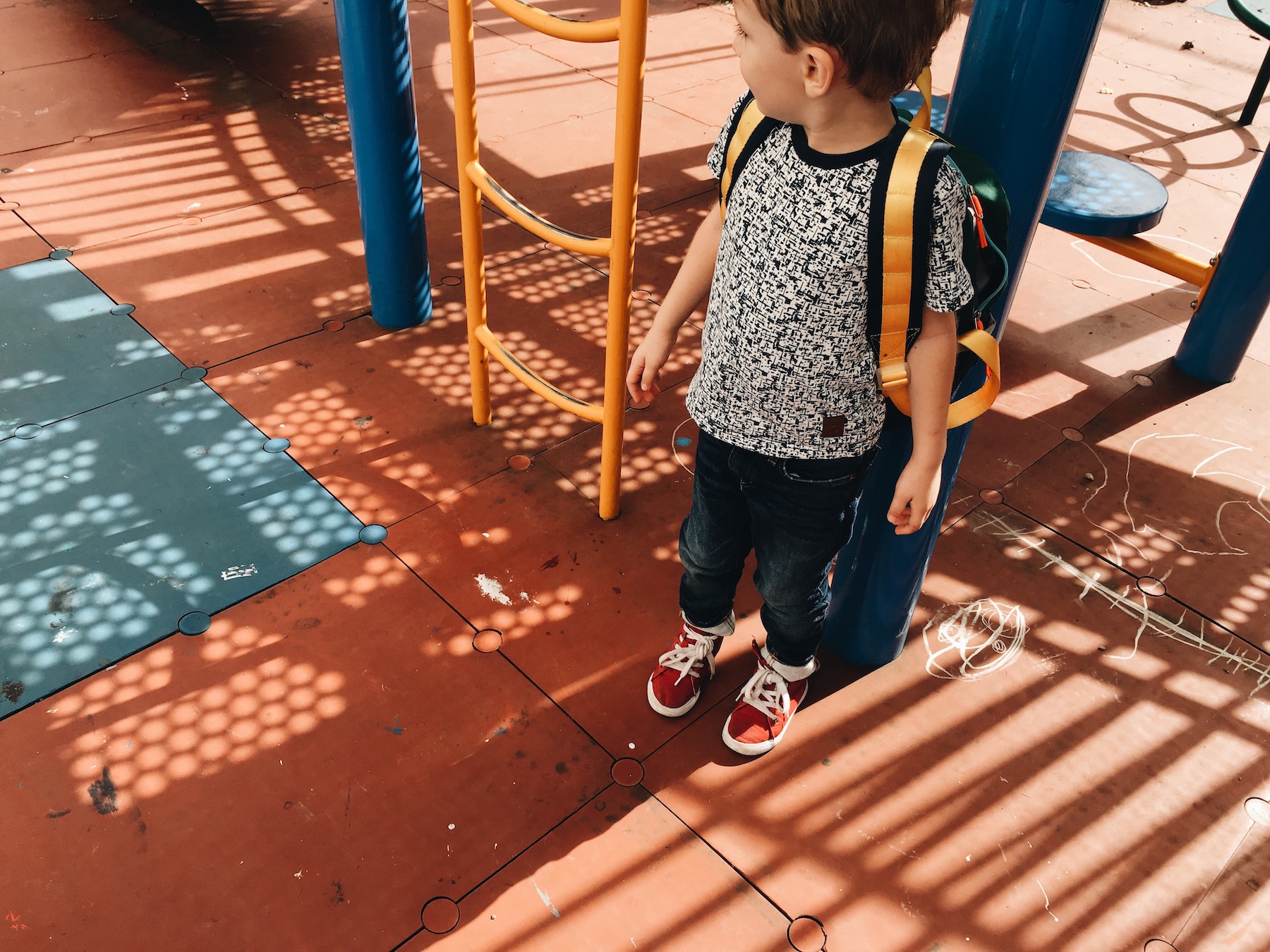 I sat on the playground bench for the hundredth time today. My child was over there—somewhere—slipping down the slide, back up the ladder, over the bridge, down the slide again. I was completely at ease, at home. This playground is home.

My family has grown in the shadow of the playground. First steps were supported by the cold metal bars, the perfect size for chubby hands to grasp. The first boisterous giggles—you know the kind that bubble up from their round bellies?—the swing gave us that magical sound for the first time. The oldest has outgrown the baby swings by now, but the feeling of being suspended mid-air still brings joy to his face (it does to mine too, now that I think of it. Nothing like a ride on a swing to feel like a kid again).

We’ve eaten many picnic lunches and dinners and peanut-butter-smothered snacks in the shade of that tree over there, and we’ve played in its leaves when they drop to the ground in autumn. We’ve slipped down the slides when they’re covered with snow in winter, ten times faster!

We navigated the first lessons in manners with fellow climbers and soothed disappointments when that cool older kid didn’t give a darn about playing together and said it aloud. Learning how to be a good human began at the slides, continued at the climbing web, and is happening even today as they work out who gets dibs on the magnificent stick they just discovered.

First scooter rides were at this playground. The first ride out of sight (it seems so simple, but do you remember it? The first time they rounded a corner out of eyesight and then came back into view bursting with pride at their independence?) happened here, following the path around this little park. Someday it will welcome my child—alone—on their first walk or bike ride without mom or dad. It will feel like home on that day, because that’s what it is.

I guess this is an ode to my playground, as funny as that sounds. It feels like a part of my family in a way, a warm protector watching my kids grow and giving them a safe and beautiful space to do so.

Our playground will always be home.