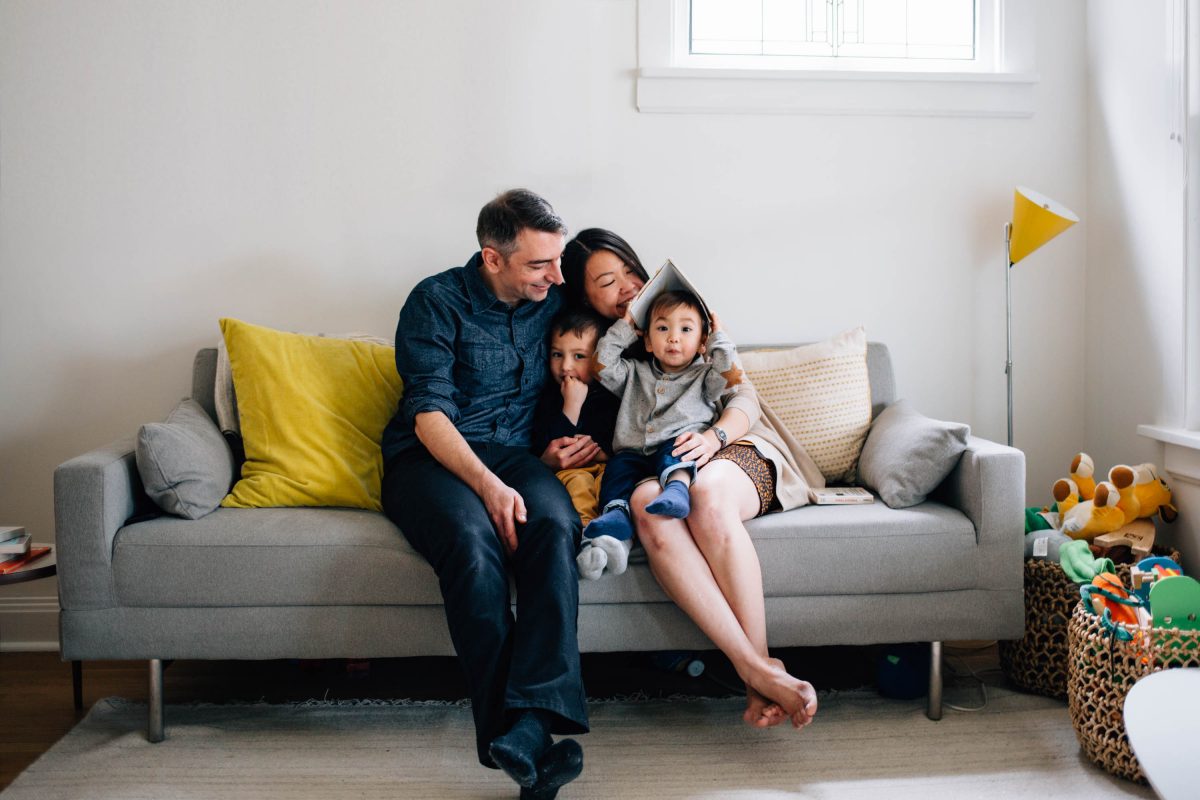 We were delighted to talk with YiLeng and Matt a few weeks ago about their family’s decision to move to southern California. They live in Santa Monica with their two boys, Sam and Ray, prefer public transit over notorious Los Angeles traffic, and are working through a growing list of places to visit. They’re a city family to the core, and we love their perspective!

Mandalyn: To start, tell us a little bit of your family story.  How did you end up in Los Angeles?

YiLeng: I grew up in Kuala Lumpur, Malaysia. I lived in the suburban part of the city, but it was still a pretty densely populated area. I could ride my bike everywhere and I grew up taking public transportation. I moved to the suburbs of Chicago when my dad there relocated for work. Matt grew up on the northwest side of Chicago, and we met in college at Illinois Institute of Technology on the south side of the city. At first I didn’t want to attend IIT. I had this idea of going to a big state school hours away from the city, but being in the city meant we had access to all sorts of things, and we weren’t stuck in the bubble of a college campus. We had the typical college experience but could also take advantage of everything the city had to offer.

We moved to Santa Monica, California a year ago. We made the decision partly to take advantage of work opportunities and partly because we were ready for a change. Matt had never lived anywhere but Chicago, and I had been there for almost 20 years. We both liked this area of SoCal, and I thought moving would be a great adventure! It was also good timing because the boys were still young.

We thought, If not now when? So we just did it!

Mandalyn: Are you starting to feel like you’re fitting in to your new home?

YiLeng: It’s been such a great adventure! And it’s really enjoyable to discover new places in the city as a family. Of course we miss our friends and family, but it’s been a great experience and so many things have just fallen into place for us.

Mandalyn: What else do you love about city life? What keeps you in the city as opposed to moving elsewhere?

YiLeng: You know, we’ve never really considered another option. We just really like the city—like being in a densely populated area. We like things to be walkable. I love the diversity of people and having the opportunity to interact with different people. I also like the range of economic diversity found in the city.

If I stop to think about it, I realize living in the city is not actually the most conventional choice. We’re just always been drawn to the hustle and bustle.

Mandalyn: Here’s the nagging question for city families—do you have a car?

YiLeng: We don’t drive often, but yes, we actually have two cars. LA is notorious for traffic, so one of them usually sits in the driveway.

We’re lucky to live close to work. When we were looking where to move I anchored our search around my office because we were moving first for my job. Matt drives about 2-3 miles to work, and I typically take the bus; it’s only $1.25 fare. So much cheaper than parking! And very few people ride the bus so it’s actually really civilized. Being able to take the bus is so nice—it’s a luxury.

Mandalyn: I just love that you call public transit a luxury. I think some may consider it an alternative!

YiLing: It’s such a luxury! For example, in Chicago, people pay extra to live near accessible transit. It’s a selling point in an apartment listing to me.

Taking transit means you don’t have to worry about where you parked the car, and I’d rather wait 15 minutes for the bus than be driving around a parking garage for 10 minutes trying to find a spot.

Being able to take public transit is so nice—it’s a luxury of the city.

The parking is expensive here too. It’s actually cheaper for me to take an UberX back and forth to work than to park for the day. And taking the bus is even cheaper.

Mandalyn: Do you take the boys on the bus with you?

YiLeng: Oh, they love it. They always ask to go. We have a favorite park that’s much easier to get to by bus than in the car.

YiLeng: I love weekends when we have a mix of getting chores and errands accomplished and then doing something that is equally fun for everyone. A few weekends ago we had some of the boys’ friends over for a playdate, then went to a fall festival event at the park, and ended the day hosting an impromptu dinner party in the backyard. The kids were thrilled to be playing with their friends all day and the grown-ups made new friends. And then we still had Sunday for sleeping in, making big breakfast, getting groceries and doing laundry. And any day we make it to the beach feels like a victory.

Mandalyn: What does a typical family day look like for you?

YiLeng: The boys wake up before us and play in their pajamas, excited to pull out whatever toys they want without having to get ready for school. Matt often lets me sleep in and makes coffee—with frothed milk and everything.

Sometimes the boys play in their room for a while before waking us up. It’s a total weekend victory!

We’re currently doing soccer on Saturday mornings. After that we typically go “on an adventure” or go “somewhere else” as my three-year-old puts it. Maybe a birthday party, a playdate at a museum/park/beach/hike, eating out with friends, or something that’s been on my wish list to see.

I have a long, long list of places I’d like to visit. My wish list grows much faster than we can check off the places! I love baking and the boys love helping, so we often bake together on the weekends too.

Mandalyn: Are there any particular strengths or challenges of your city?

YiLeng: Traffic can get pretty gnarly, famously so. I compare it to weather or sports in Chicago — people spend lots of time talking about it at length, and they plan their entire day around it. At certain moments though, I’ve found myself breathless at the gritty beauty of the sprawling freeways, twenty lanes of traffic snaking their way down the 405, palm trees thrusting into that streaky California sky as strip malls zip by in your peripheral vision. There’s something oddly romantic about it— though I wouldn’t expect someone else to think so. I guess that’s how I start to feel about a place I’ve begun to adopt as my own.

Mandalyn: What is your favorite park to visit with the whole family?

YiLeng: It’s so hard to pick just one but there’s something special about being down by the water so for now, our favorite is Ocean View park in south Santa Monica. Playgrounds on the beach, people watching on the bike path, easy parking, great expanse of sand, and gentle waves for splashing. Also an easy walk to the Sunday farmers market.

There are moments I’ve found myself breathless at the gritty beauty of the sprawling freeways, twenty lanes of traffic snaking their way down the 405, palm trees thrusting into that streaky California sky as strip malls zip by in your peripheral vision. 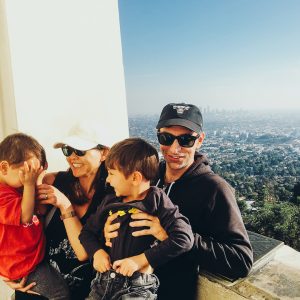 Give them a wave 👋🏽 and some #cityfamilysolidarity.