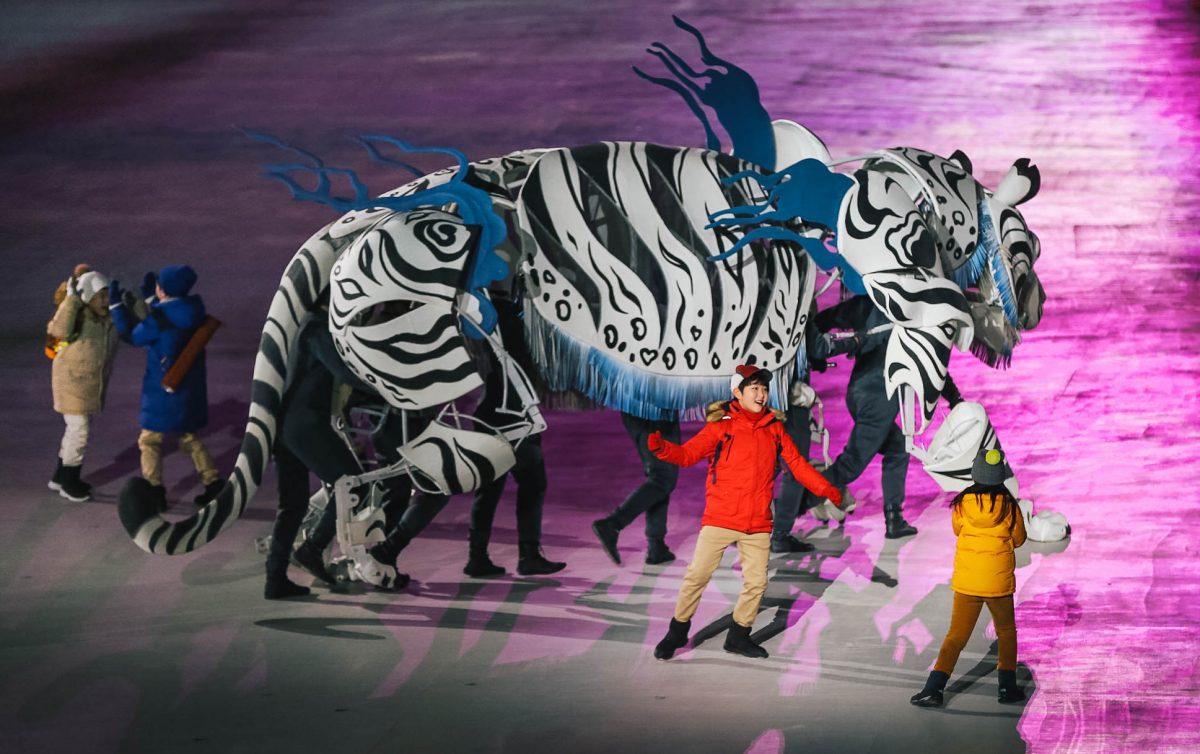 The Opening Ceremony of the 2018 Winter Olympics was remarkable for many reasons. It was a magnificent display of Korean culture and technology. The political overtones were charged and hopeful.  Athletes of all shapes and sizes were overjoyed to be there. But nothing stole the show like the children.

I was delighted to discover the kids had more than a brief cameo in the performance–they were the main characters! Their active participation as leaders of the ceremony communicated themes of hope, wonder, and peace in a way that only children can.

The ceremony, titled ‘Peace in Motion’, followed an epic fairy tale adventure of five Korean children, Haenaroe, Ara, Puri, Bichae and Nuri. Their names represent the Korean belief in the five elements that make up the universe: fire, water, wood, metal, and earth. The children meet Soohorang, a white tiger who symbolizes protection and leads the children on their journey. They travel through the past, present and future in a quest for harmony.

The Olympics are a source of excitement, wonder, and hope for both athletes and spectators, and the expressions on the faces of these children communicated what everyone was feeling at the start of the games. These well-trained little actors and actresses were probably coached to express contagious joy throughout the performance. They nailed it!

Children took the spotlight during the other important parts of the ceremony as well. The South Korean flag was lifted to the accompaniment of the national anthem sang by the Rainbow Chorus, a multicultural children’s choir. During the Parade of Nations, each of the 92 Olympic teams was led into the stadium with the help of a child carrying a lantern.

The ceremony finale was a dove made of candles carried by more than 1,200 people, most of them locals from the Gangwon province where the games are hosted. And who was smack in the center of the action? The kids!

The children of the 2018 Opening Ceremony stole the show, if you ask me. In all, more than a hundred kids played a part in the performance in PyeongChang.

Children bring an unmatched zest for life to the world, and South Korea’s decision to include so many kids in the Opening Ceremony brought such a sense of beauty and hope. What a remarkable way to bring a message of peace to the world!

Here’s a great recap of the Opening Ceremony if you weren’t able to watch it, and here’s the full replay on NBC. Let the games begin!