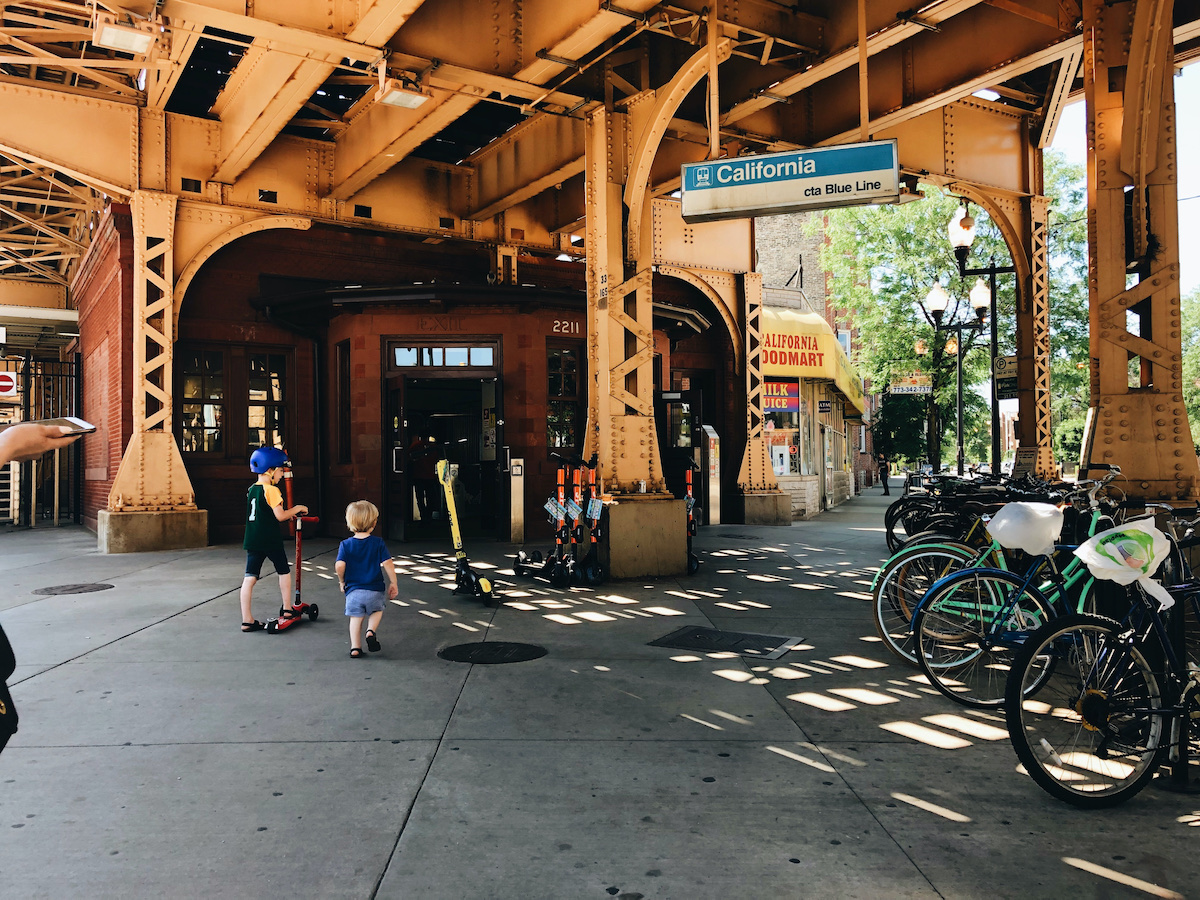 Recently you wrote that low income housing would no longer be an issue threatening the “Suburban Lifestyle Dream,” thanks to your efforts to revoke an anti-discrimination housing policy. I’d like you to know that a homogenous community achieved by the segregation of people who are not like me is not my American dream.

I live with my family in the beautiful city of Chicago, just a thirty-minute elevated train ride from downtown. Have you ever taken the train through our downtown? It’s a stunning view! My city has challenges but I’m not embarrassed to live here. In fact, choosing Chicago as home was a conscious decision made for several important reasons.

We don’t want to be a car-dependent family. I find driving everywhere to be the most boring way to get around! Plus, I feel completely closed off from the world around me when I’m in a car. Being enclosed in a metal shell means I can’t hear birds chirping or the jazz band playing in the park as I roll by. I’ll take the train or the bus or my bike over a car any day.

I don’t dream of a multi-floor, several-thousand-square-foot house in the ‘burbs. I don’t need a two-car garage or a finished basement. A bigger yard would be nice, but the one we share with the neighbors in our building is enough considering we live within walking distance to a large community park with an indoor gymnasium and swimming pool, baseball fields, and an astroturf soccer field. We’re never happier than when we spend all day at the park!

We moved to the city to give ourselves and our children opportunities to  engage with as many kinds of people as possible. Our city is home to immigrants from all over the world, people of all faiths and belief systems,   and more languages than I can identify. Flags of all colors and origins are draped from windowsills. There are immeasurable benefits that come from living alongside such a variety of people and that’s exactly the kind of childhood I want for my children!

They’ll have memories of conchas for breakfast from our favorite panaderia and ask for falafel and pita just as often as they ask for macaroni and cheese. They’ll become friends with the children of parents who are far wealthier than we are and with those who have less. I hope my kids will develop the reflex of appreciation—not distancing—when confronted with someone whose life experience differs from their own.

My dream is not to live as far as possible from poor people. I’m not interested in a gated community or zoning laws that keep low-income and affordable housing—and the people who live there—out of my community. In fact, I want the opposite. My status and privilege as a middle class white woman can affect change for people in my neighborhood who have fewer opportunities, a rising tide to lift all boats, as the saying goes.

When poor people live in the same communities as wealthier people, more employment and educational opportunities become available. Safety and security becomes more readily available—environmentally, financially, and physically—in mixed income communities. People with more wealth and resources have a better understanding of the difficulties faced by lower income families when they live near and interact with each other. In those contexts, clear paths emerge for using white wealthy privilege for the common good. Harmful and racist policies that have perpetuated segregation and deepened the gap between the wealthy and the poor begin to be deconstructed when neighborhoods are integrated in this way.

That’s my America. Not one that promotes othering, builds walls, and keeps communities homogenous.

Public housing developments and mixed-income housing projects aren’t perfect. Often renters who live in subsidized mixed-income housing are subjected to different rules like restrictions on guests, bans on using grills on balconies, and even infamously being required to use a different “poor door” to enter the building. Residents paying the market rate in the same building typically have none of those restrictions. Public housing has a similar story of mixed outcomes; some have become areas of crime and generational poverty while others have become a tight-knit group of neighbors lending a helping hand to each other.

Despite the challenges, I’ve welcomed affordable housing into my own neighborhood before and I have no intention of stopping until mixed income neighborhoods are the norm and the wealth gap is gone. I’m committed to supporting investment in low-income neighborhoods too—the places that have been forgotten, left behind, and left out of city budgets and federal aid. The last thing we need is more displacement of more low income families under the guise of revitalization.

My America does not promote othering, build walls, or keep communities homogenous. Our beauty is our diversity.

I believe at least part of the answer to the affordable housing crisis lies in principles of integration like these. I’ve come to understand that privileged families like mine hold a lot of power when it comes to making decisions about who we welcome into our neighborhoods and schools and block parties and birthday parties.

The Affirmatively Furthering Fair Housing regulation you’ve rescinded was an important step in the right direction to address and resolve patterns of racist and classist housing discrimination. We need federal policies like that to help boost the rising tide of opportunity for all Americans, not just a select few.

My American Dream doesn’t look like a home without a sidewalk in a neighborhood where everyone looks and talks and thinks alike. There are plenty of others who agree with me, parents and citizens who are discouraged and angered by your AFFH decision (and others like it). But we aren’t defeated. We won’t stop voting and pushing back against harmful policies against our neighbors at all levels of government. We won’t stop welcoming people into our neighborhoods and fighting for resources to be distributed to the places in our cities that need it most.

Our welcome mat is out. Our dream is strong.