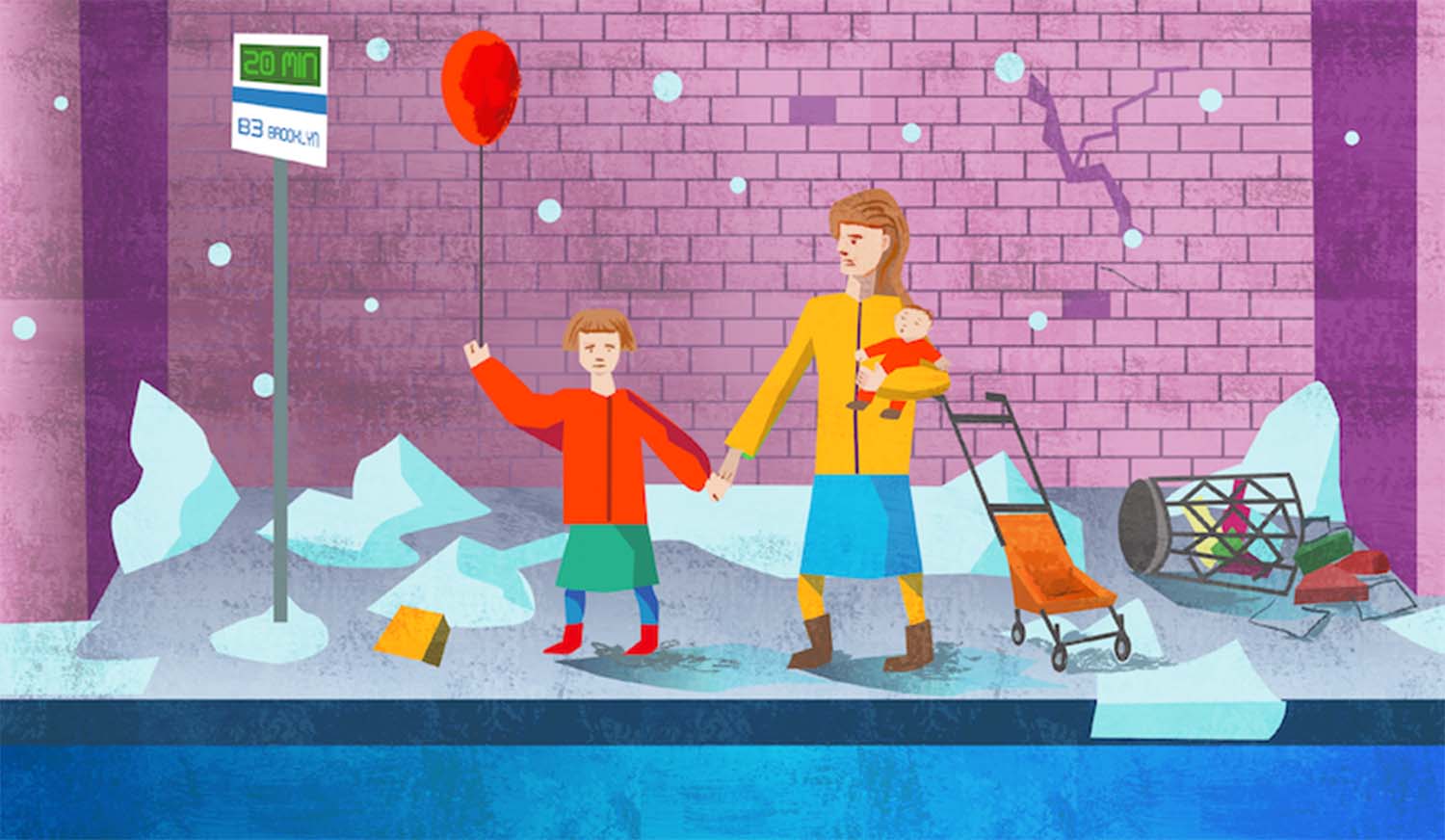 Last week, we were the ones cheering when TransitCenter released their newest publication, Families + Transit. In it, they advocate for more accessibility on public transit for families, from free fares for kids to allowing strollers on the bus.

We reached out for some insights on what TransitCenter is all about and how they’re working for better transit for all citizens, families included. Here’s our brief conversation.

Sidewalk Club: I (Mandalyn) once had an experience attempting to use a city bus while visiting a small Midwest city. Thanks to Google Maps, I found the right route but waited more than 20 minutes with no bus in sight. So I just walked! Are those the kinds of experiences TransitCenter is working to change?

TransitCenter: Frequent, fast, reliable public transit is essential for cities to thrive, but unfortunately the experience you describe is far too common in the US. As a national transit advocacy foundation, that’s exactly what we’re hoping to change. We publish research into what makes transit work—things like all day frequency, bus only lanes, comfortable and safe bus stops, and better data for riders. We also work with advocacy groups, providing them with funding and strategies to transform transit in their city. And we offer technical assistance to cities and transit agencies to help them actually implement some of our recommendations.

SWC: Your recent publication, Families + Transit, seems to be speaking to transit agencies. You give practical ways for them to make changes to transit systems in favor of families.

TC: Most of our work is designed for a variety of audiences. With a piece like Families + Transit, we’re asking transit agencies to change their policies to match family-friendly best practices we’ve identified from around the country. But most of the time, transit agencies aren’t just going to do those things on their own—they need pressure from riders. The cities where we’re seeing the most improvements to transit are places with a strong advocacy community; sometimes all it takes is just a few determined people to change the trajectory of transit.

So if you’re a parent who wants to change your transit agency’s stroller policies, for example, our best advice is to find other parents who feel the same way, and turn yourselves into a force that can’t be ignored!

SWC: We’ve read that transit ridership isn’t growing (and hasn’t for some time), but conversations seem to be! Do you think that’s true?

TC: Transit faces an uphill battle in the US because our cities and towns have been designed around driving, and it remains an easy and relatively inexpensive option. Conversely, transit doesn’t always go where you need to go, or come as frequently as you need. But the good news is that cities that are making improvements to their transit systems are actually seeing ridership growth! Ridership is off the charts in Seattle because the city and transit agency have teamed up to make the bus nearly as fast and reliable as driving. In just a few short years, Seattle has nearly tripled the number of people that live within walking distance of transit that comes every 15 minutes or less. Austin, which just redesigned its bus network and voted to make transit free for kids, is also seeing ridership growth.

We hope to make it clear that with a few simple improvements, transit can be made into an economical, safe, and sustainable travel mode for parents.

Climate change has been in the news a lot lately, and it’s becoming increasingly clear that we need to make a radical shift in how Americans move around. Transit is a critical piece of that puzzle, but people aren’t going to make that switch if transit fundamentally doesn’t meet their mobility needs. With our Families + Transit piece, we hope to make it clear that with a few simple improvements, transit can be made into an economical, safe, and sustainable travel mode for parents.

SWC: On a more personal note, are there any city parents working at TransitCenter?

TC: Working at TransitCenter requires a lot of travel, so it does present a challenge for parents. We do have one city parent! Stephanie Lotshaw, our Transit Leadership program manager, lives with her family in Brooklyn— including her nearly two-year-old daughter. Navigating the New York City subway with a baby and stroller can be maddening at times, especially because of the system’s notorious lack of elevators (something TransitCenter’s Access Denied campaign is advocating to change!). But given the level of access NYC offers to museums, parks, and other kid-friendly activities, Stephanie can’t imagine living anywhere else.

We’re raising our glasses (of milk, juice, coffee, or wine, as the case may be) to Transit Center’s work for families, urban mobility, and their resident city parent, Stephanie! We love following TC on Instagram and Twitter to get an inside look at their advocacy work and research. On behalf of city families everywhere, thank you, Transit Center! 👨‍👩‍👧‍👦🏙